The Story Behind Fashionista Smile 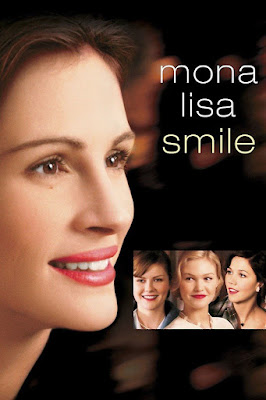 The title of my blog Fashionista Smile is a tribute to the film Mona Lisa Smile with Julia Roberts, the story of a college teacher that in 1953, (Katherine Ann Watson), uses the classes to introduce her students to modern art, encouraging discussions about topics such as what makes good art, seeking to inspire her lady students to achieve more than marriage to eligible young men, advocating that women should seek also a career not only of being wives and mothers as the rules of the time intended.
Elizabeth "Betty" Warren is highly opinionated and outspokenly conservative. Betty does not understand why Katherine is not married and insists that a universal standard exists for good art. She writes editorials for the college paper, exposing campus nurse Amanda Armstrong as a supplier of contraception, which results in Amanda being fired; other editorials attack Katherine for advocating that women should seek a career instead of being wives and mothers as intended. Betty cannot wait to marry Spencer, as their parents have arranged, and expects the traditional exemptions from attending class as a married woman; however, Katherine insists she will be marked on merit and attendance, resulting in more conflict. 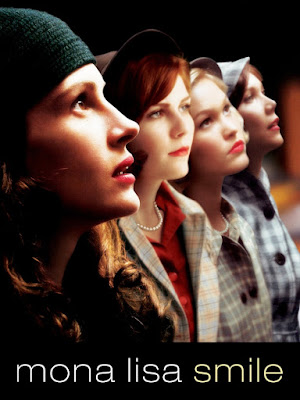 Constance "Connie" Baker begins dating Betty's cousin, Charlie, but Betty persuades her that he is only using her as his parents have arranged for him to marry Deb MacIntyre. Connie ends the relationship, believing Betty's story to be true. However, some weeks later, Connie and Charlie reconnect, with Charlie saying he has already decided for himself that he is not going to marry Deb, so Connie and he get back together.
Joan Brandwyn dreams of being a lawyer and has enrolled as prelaw, so Katherine encourages her to apply to Yale Law School. She is accepted, but decides not to go in order to play the traditional role of a housewife to her fiancée, Tom Donegal. She tells Katherine that choosing to be a wife and mother does not make her any less intelligent. 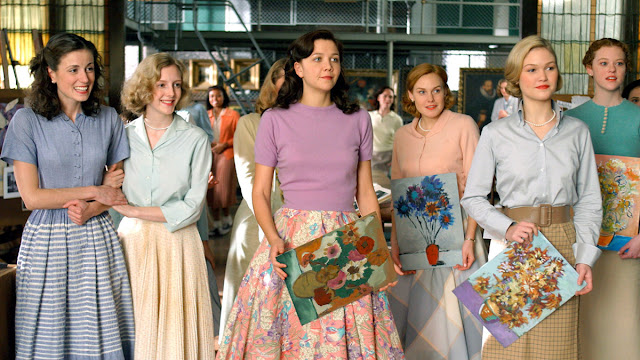 Giselle Levy has several lovers and liberal views about sex. She admires Katherine for encouraging the students to be independent. Giselle earns the enmity of Betty, whose conservative views conflict with her liberal ones. 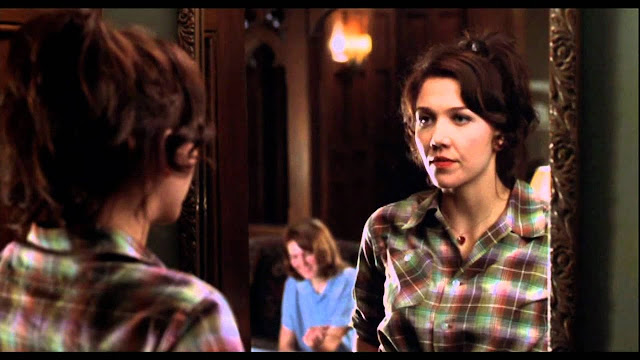 Katherine declines a proposal from her California boyfriend because she does not love him enough and begins seeing the Wellesley Italian professor, Bill Dunbar. Bill is charming and full of stories about Europe and his heroic actions in Italy during the war. He has also had affairs with students (including Giselle), and Katherine makes him promise that it will never happen again. The relationship progresses, but when Katherine learns that Bill spent the entire war at the Army Languages Center on Long Island, she decides to break up with him because he is not trustworthy. Bill responds that Katherine did not come to Wellesley to help the students find their way, but to help them find her way. 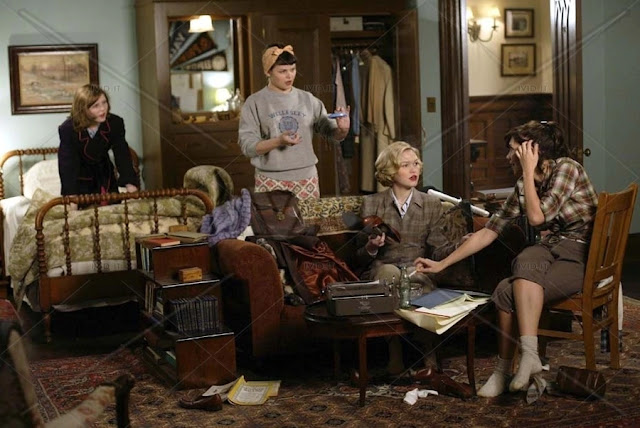 Betty's marriage falls apart after Spencer has an affair, and she fails to find solace with her mother who orders her to return to her husband. She visits Giselle in her dorm room, who comforts her. In turn, Betty regrets how she's treated Katherine with her poor behavior. Eventually, influenced by Katherine, Betty files for divorce and looks for an apartment in Greenwich Village. When Mrs. Warren confronts Betty for what she has done, she reveals her frustration with her mother for not supporting her when she went to her for help. She mentions that the only person who cared about her enough to help her out was Katherine. Therefore, Betty reveals she is going to have a life of her own, will room with Giselle, and is considering applying to Yale Law School. 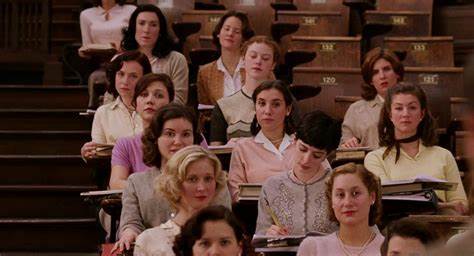 Katherine's course is highly popular, so the college invites her to return, but with certain conditions: she must follow the syllabus, submit lesson plans for approval, keep a strictly professional relationship with all faculty members, and not talk to the girls about anything other than classes. Katherine decides to leave to explore Europe. In the final scene, Betty dedicates her last editorial to Katherine, claiming that her teacher is "an extraordinary woman who lived by example and compelled us all to see the world through new eyes." As Katherine leaves in a taxi, all her students follow on their bicycles with Betty reaching to say goodbye until the taxi speeds away.
This is for sure a masterpiece film, a film that every woman should watch and a principle that should live by.
Email ThisBlogThis!Share to TwitterShare to FacebookShare to Pinterest
Newer Post Older Post Home