Celebrities: What Are The VIP's Up To? 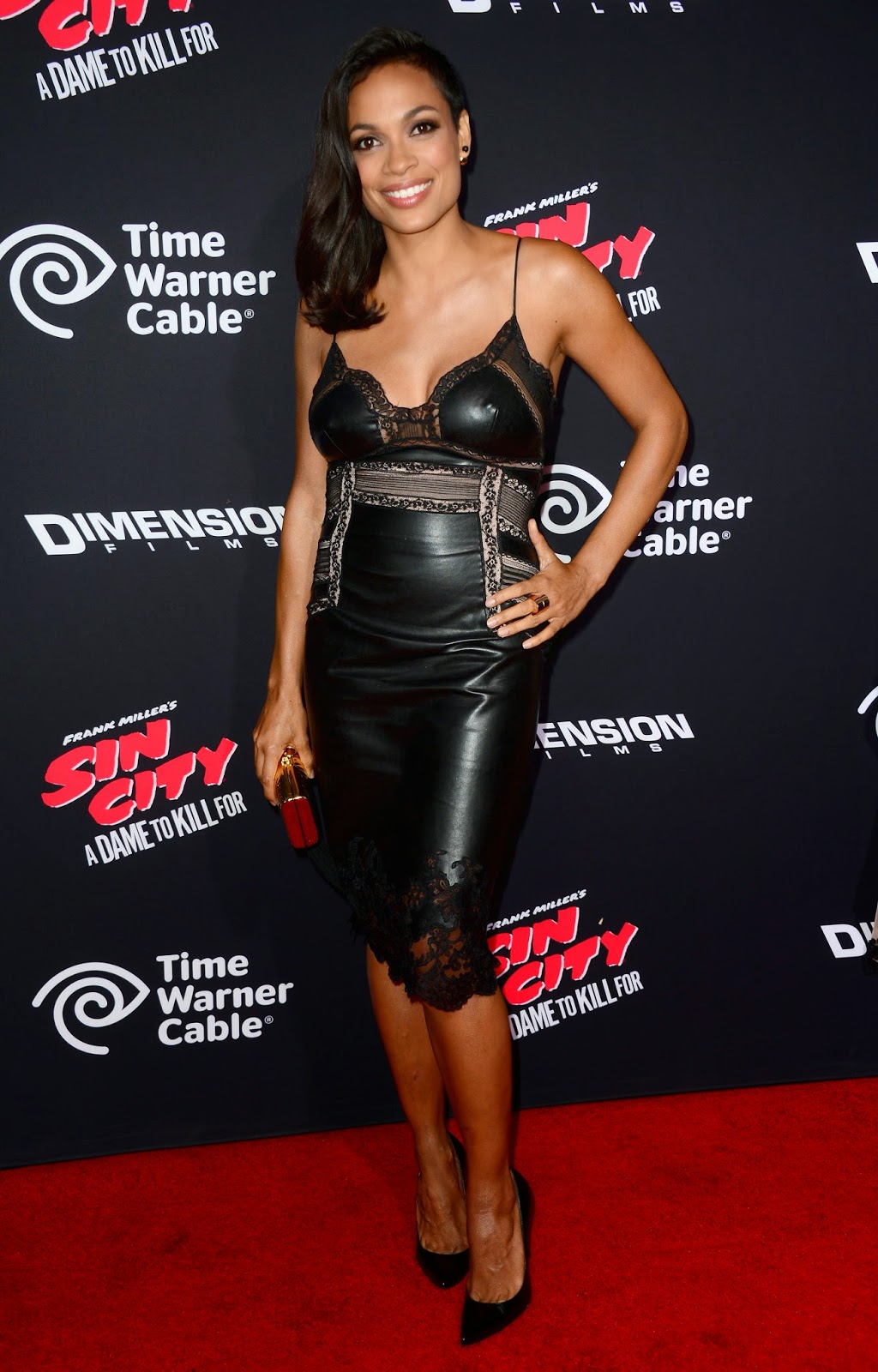 Fashionista Smile shows you the best known  VIP's from the world of entertainment. Find out what they wore on the red carpet, on the set and on the streets, we followed everywhere for you to discover not only their looks but also their initiatives.

The American actress Rosario Dawson, in occasion to the premiere of the new film "Sin City: A Dame to Kill For", wore a dress in nappa and lace transparency from Ermanno Scervino's Resort Collection 2015 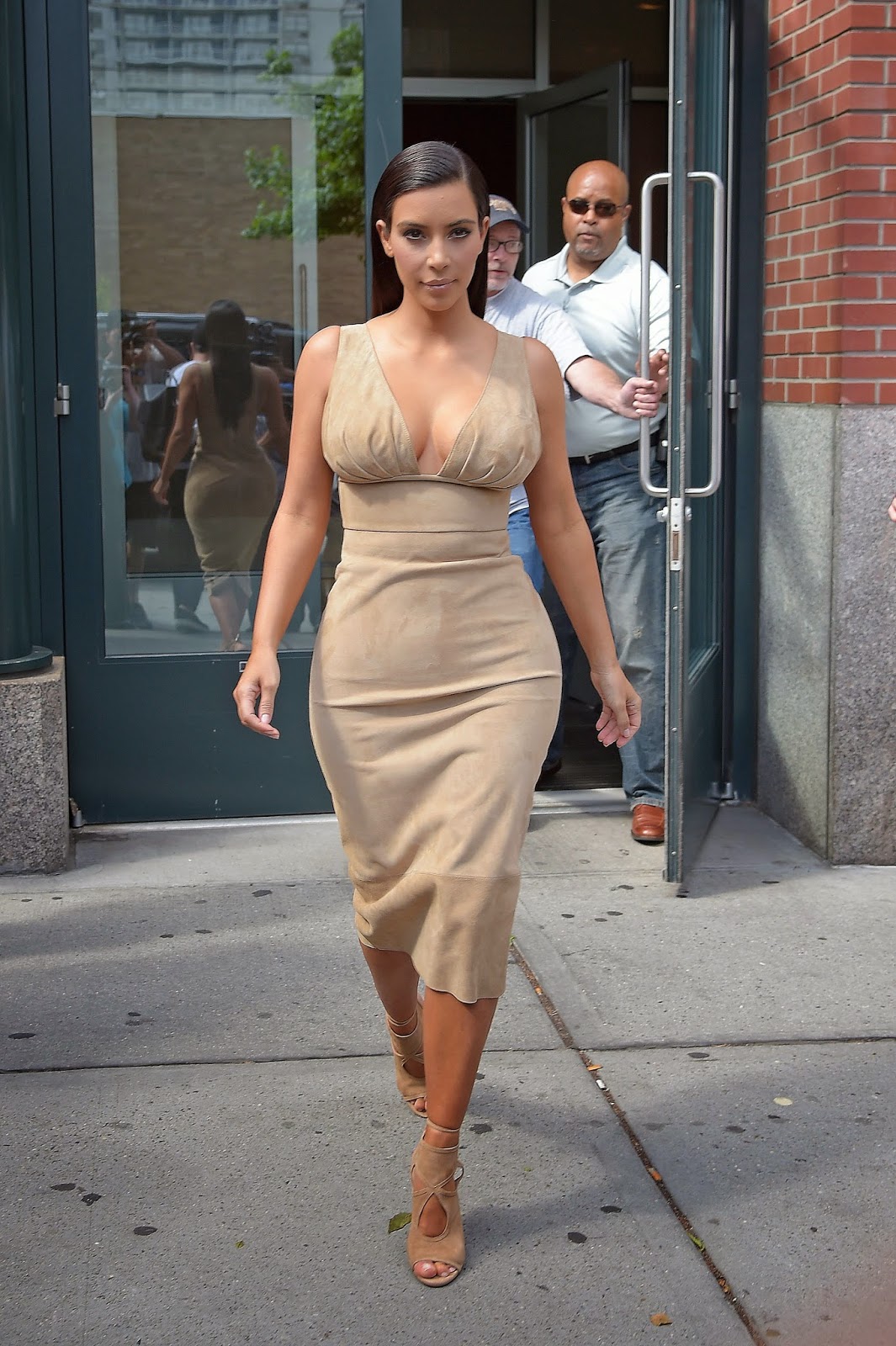 The sculptural Kim Kardashian was spotted wearing a dress in suede from the collection of Ermanno Scervino Spring Summer 2014. 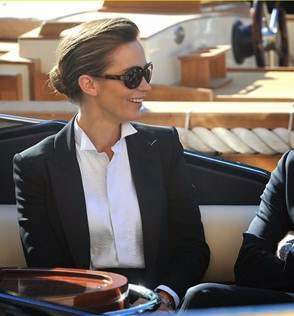 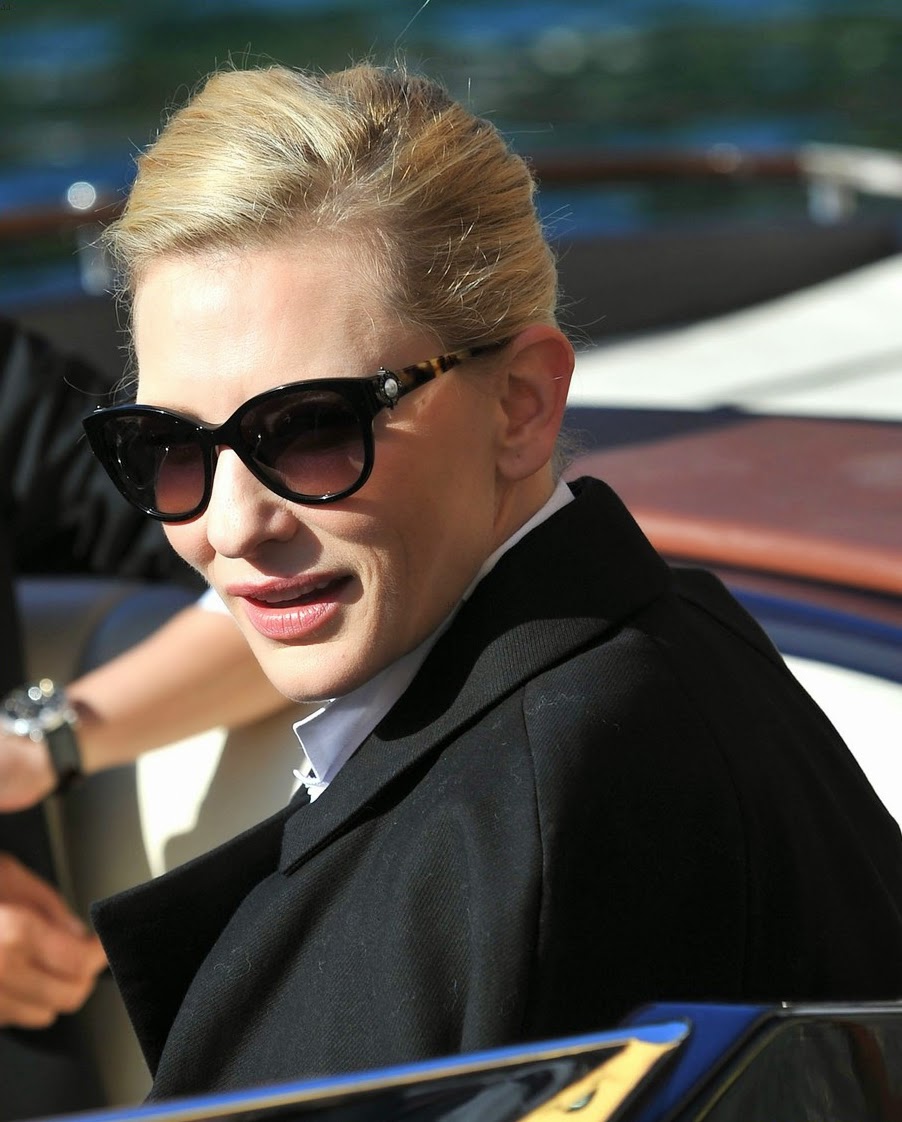 At Portofino, on the set of a television advertisement, the beautiful actress Cate Blanchett, Oscar winner, has been spotted with glasses Lanvin Art Deco from the curvaceous cat-eye shape, embellished on the temples from a small pearl surrounded by bronze glass model SLN596S col. 700X 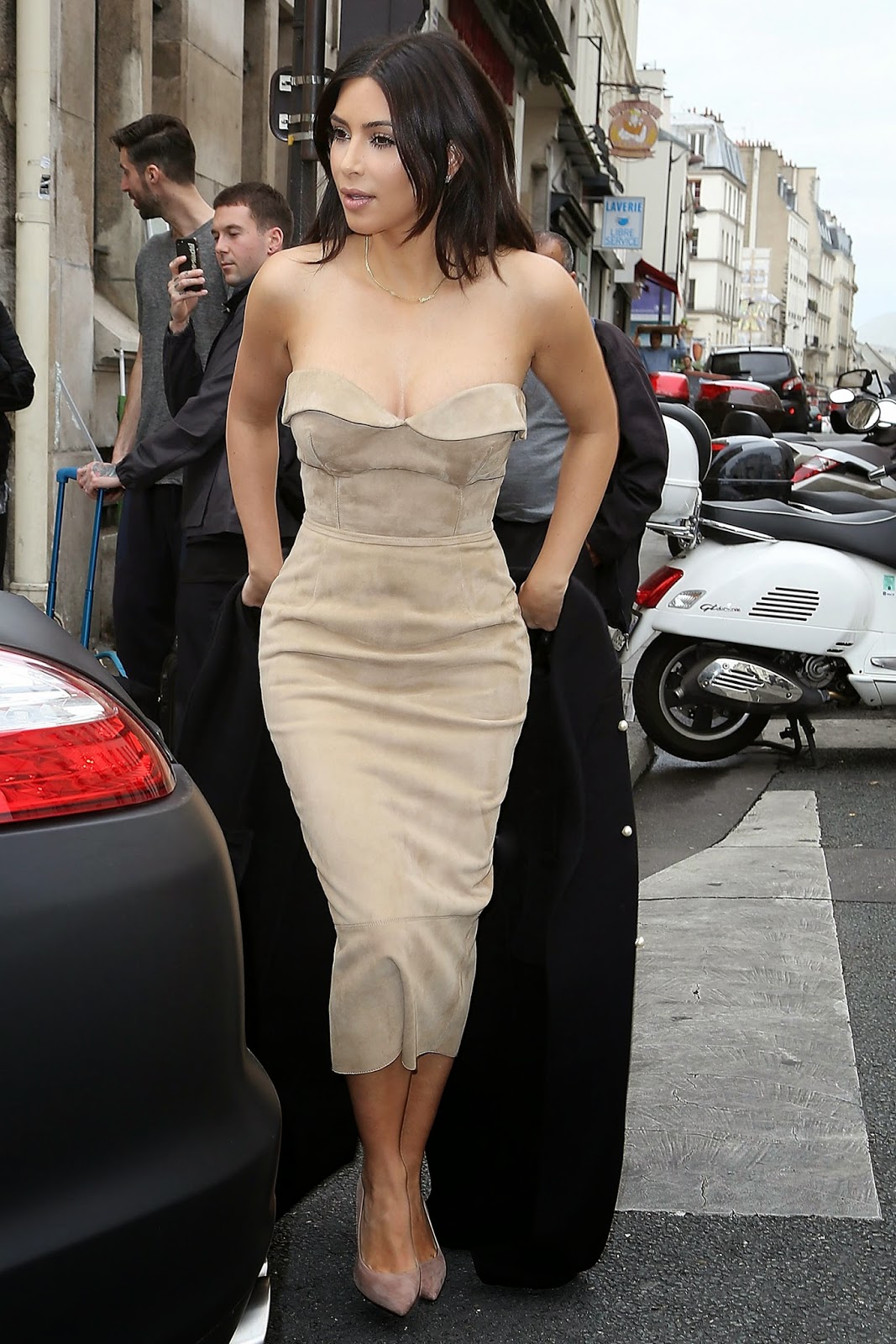 This time spotted in Paris, Kim Kardashian is wearing a top and mermaid skirt in suede custom made from Ermanno Scervino's Spring Summer 2014 Collection. 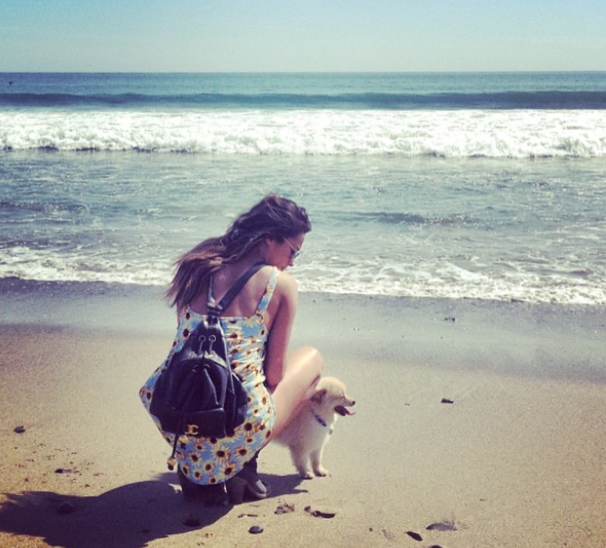 Pretty Little Liars Actress, Shay Mitchell, posted a picture of herself on Instagram (@shaym) as she tried to keep cool in the Los Angeles heat, wearing her Jac Vanek Sunflower Austin Dress $56,00. 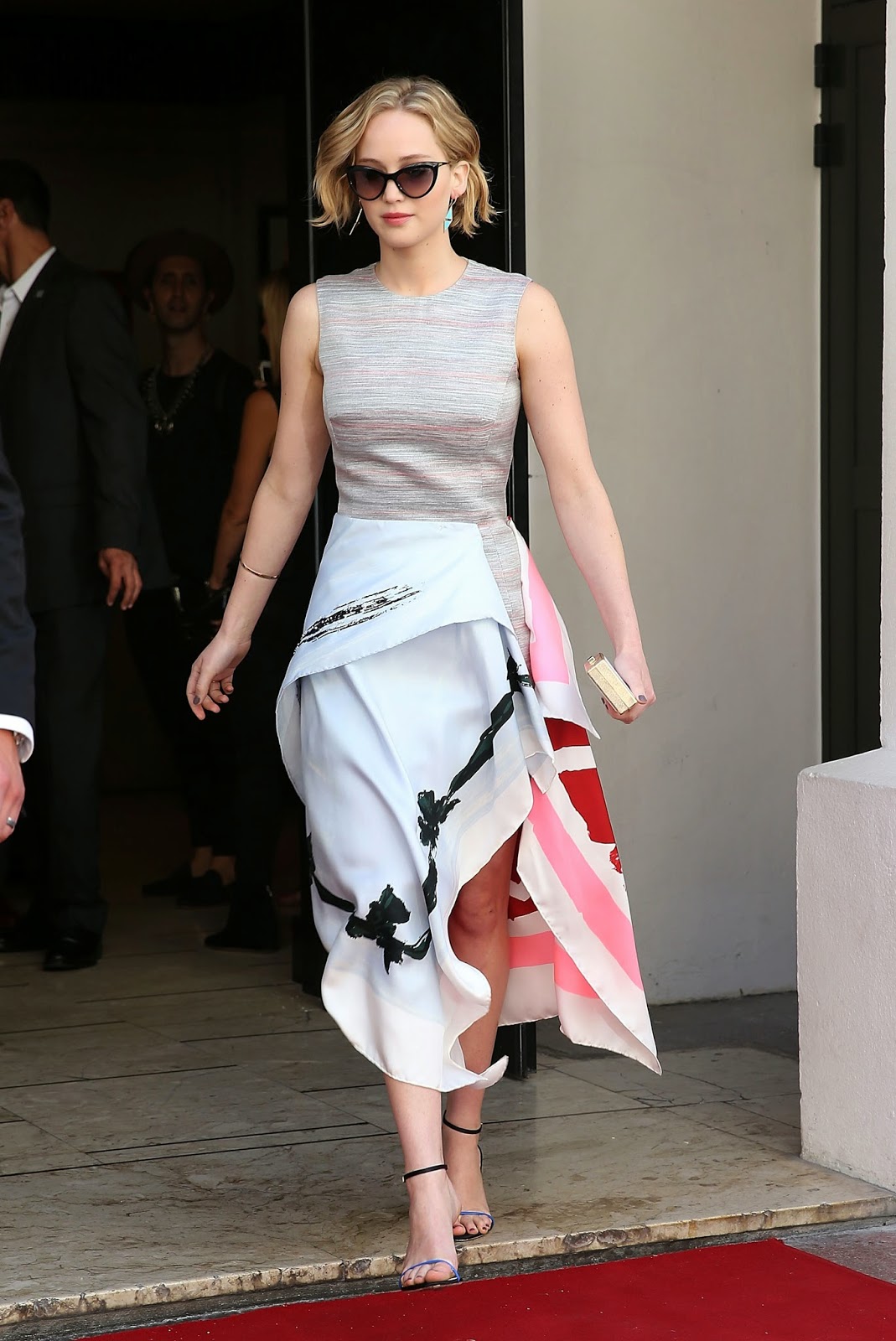 Jennifer Lawrence, spotted at Cannes for the premiere of Saint Laurent, the latest film from director Bertrand Bonello. She was wearing an embroidered printed silk and heather tweed scarf dress from Dior's 2015 Cruise Collection. 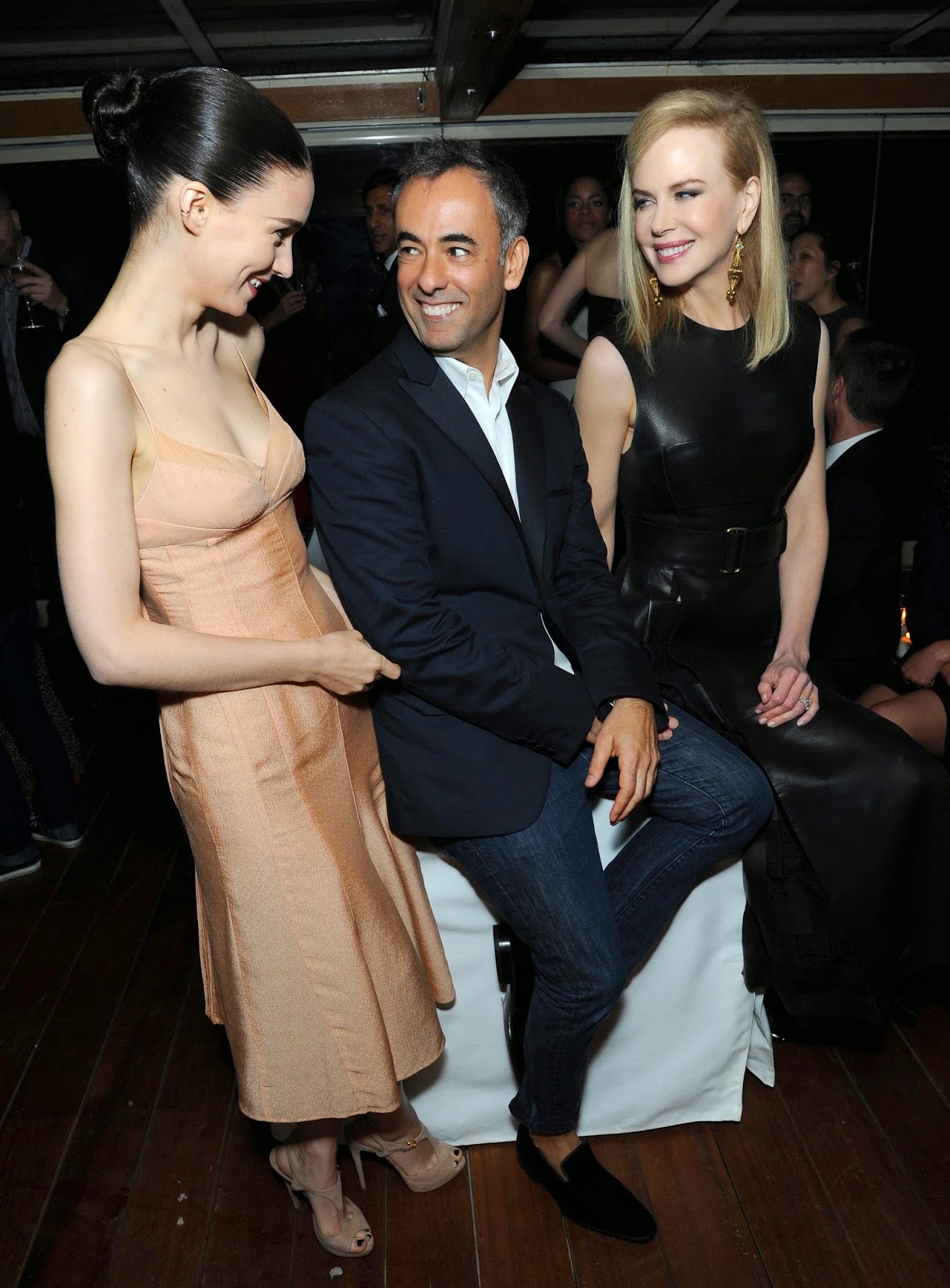 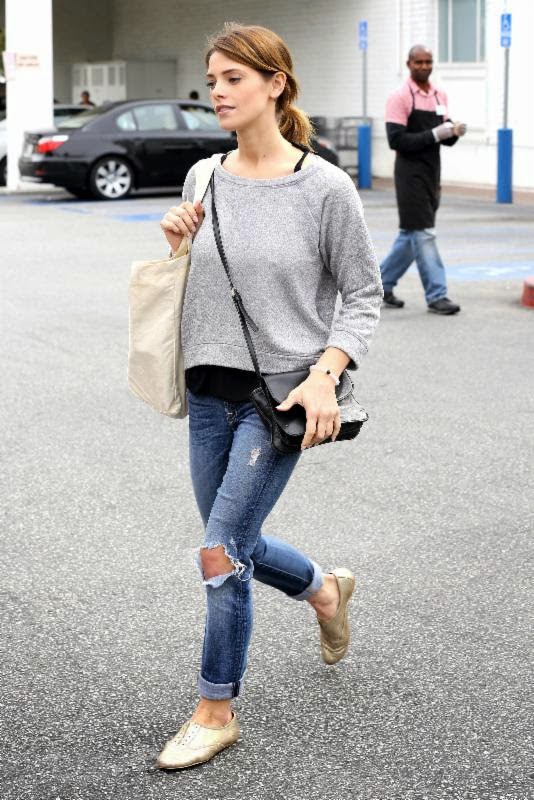 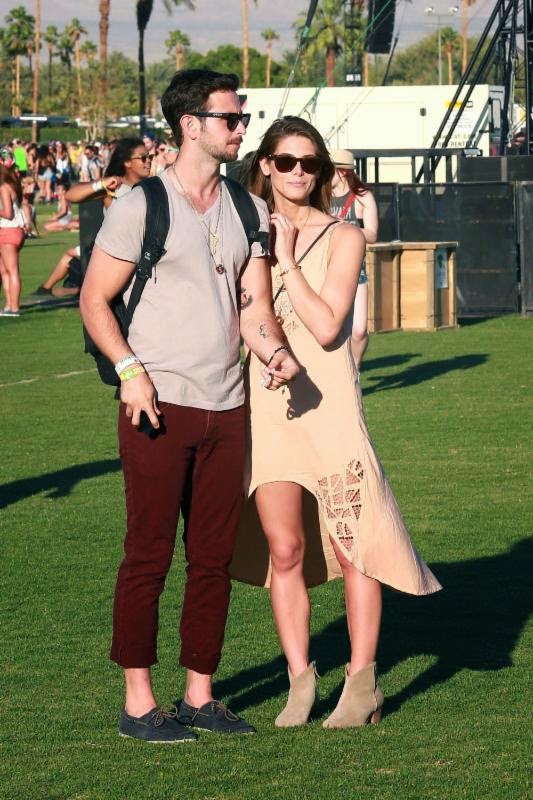 This time Ashley Greene was spotted with her boyfriend Paul Khoury while walking among the crowds at the 2014 Coachella Music Festival. She was wearing a flowing cream colored dress her favorite Koolaburra Notela Boots $190.00. 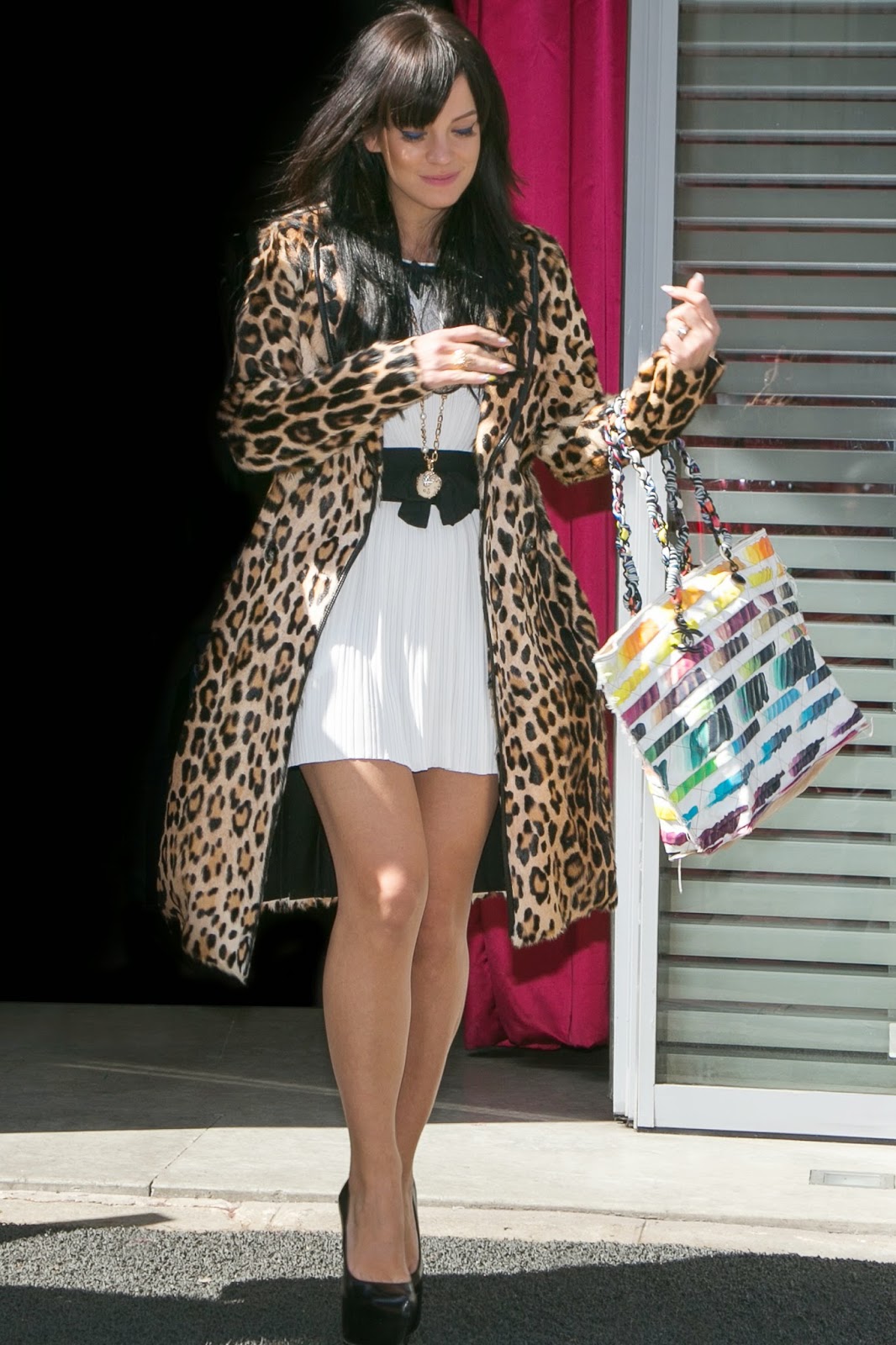 Singer Lily Allen has been spotted wearing the animal print coat from Ermanno Scervino at the launch of his new album in Paris.